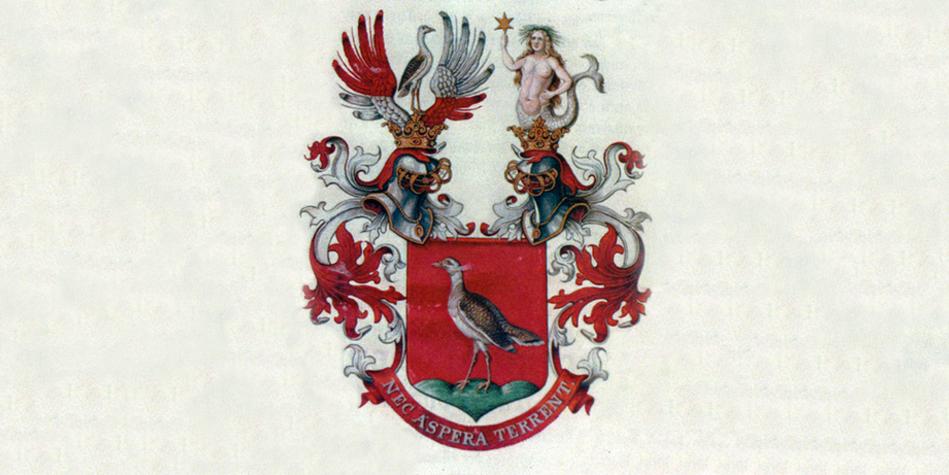 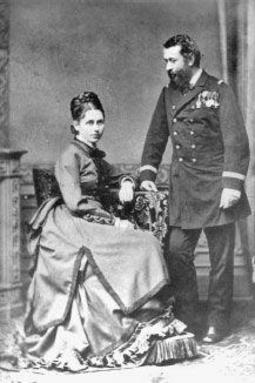 Meaning, 'Hardships do not deter us,' or also translated as 'Let nothing difficult frighten thee'.

The von Trapp family received their hereditary title 'Ritter' (Knight) and 'von' from Captain Georg von Trapp's father, Captain August Ritter (Knight) von Trapp. August was married to Hedwig Wepler and had three children, Hede, Georg, and Werner. The couple was from the Duchy of Hesse (today Hesse, Germany), but migrated to the Austrian Empire (at the time on the Adriatic Coast, today Croatia), for August's career in the Austrian Imperial Navy (later became the Austro-Hungarian Royal War Navy).

On July 20, 1866, under Admiral William Tegethoff's command, August Trapp took part in the four-hour fierce wooden frigate ship-to-ship engagement at the Battle of Lissa between the Kingdom of Italy and the Austrian Empire. Austria was victorious and August was awarded the Military Merit Cross II for his bravery. A year later, the Navy became the Austro-Hungarian Navy after the formation of the Dual Monarchy.

In 1874, a typhoon hit near the Sicilian coast destroying 20 ships, which resulted in a heavy death toll for the sailors. By skilfully navigating the SMS Saida to a protected bay during the storm, Captain August Trapp saved the 73 person crew under his command. In recognition, he received a coat-of-arms and was knighted and awarded the hereditary title 'Ritter von' (Knight), henceforth known as Captain August Ritter von Trapp.  As a hereditary designation, all descendants inherit this coat-of-arms and title.