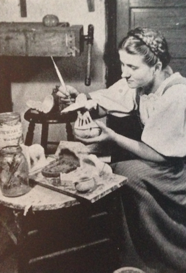 Johanna's artistic talent found early expression in manuscript illuminations, intricate border drawing, and sketching.  Developing her own unique style in her early twenties, she painted with watercolors, sculpted clay, and worked in ceramics. Later in life, her artistic outpouring focused on vignettes of flowers, birds, and butterflies painted in watercolor. In 1984 her first series of framed watercolors were sold commercially. Her “Edelweiss” flower was the most sought after. In 1994 the governor of Salzburg, Hans Katschthaler, opened an exhibit of her watercolors at the famous ‘Heimatwerk’ of Salzburg, Austria. 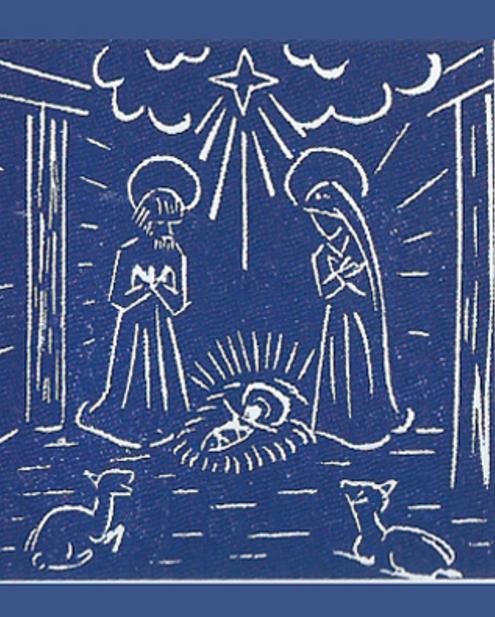 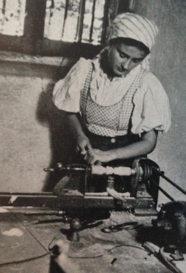 When Maria was young she carved wooden candlestick holders and lamp bases. As she got older, she took up water color painting. In a style very much her own, Maria preferred abstract monoprints done in a special technique.

Her monoprints depicted impressions from her years living New Guinea, as well as time spent in Vermont. Maria also exhibited her work and sold her paintings commercially. 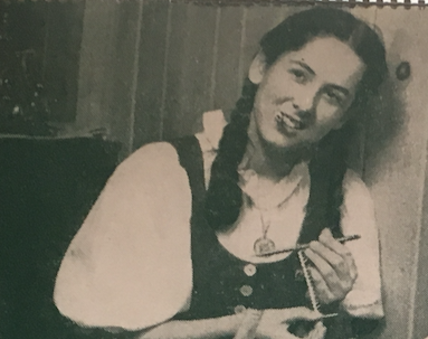 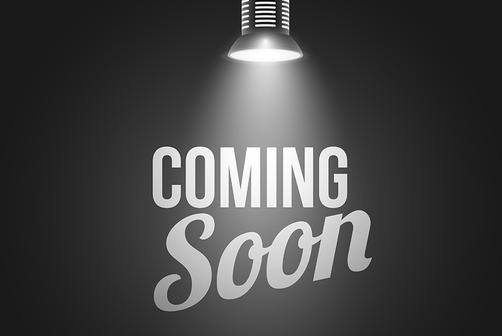 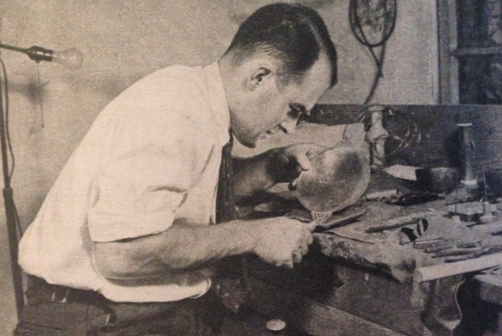 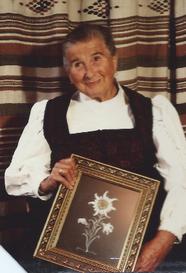 Martina enjoyed painting in the traditional Austrian folk art style. The motifs consisted of stylized flowers, leaves, birds, and hearts. A date or "saying" was sometimes incorporated to mark an occasion. She painted wooden plates, trays, boxes, and furniture, both as gifts for friends and family, as well as to sell at their concerts. 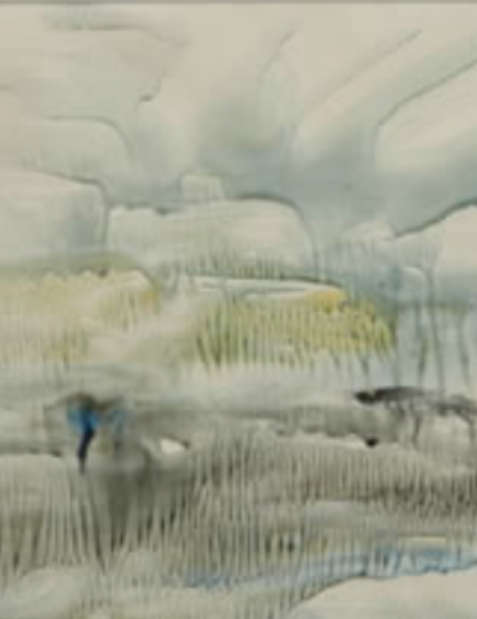 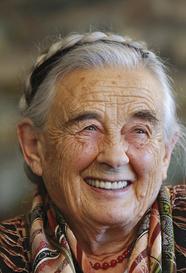 ​*After immigrating to the United States, Rosmarie preferred to not to use her titles and dropped the "von" from her name, today she is known as Rosmarie Trapp.

A Long Tradition
The ten von Trapp children grew up with a rich tradition of art and craftsmanship that carried with them through adulthood. Their father, Georg von Trapp, was a hobbyist fine carpenter and built furniture in his spare time. Throughout their lives he encouraged and supported his children’s artistic expression. He fostered each of their unique directions and medium choices.

Making and giving handmade gifts on special occasions, created in their spare time, was a family tradition. Later as they toured as professional musicians, their pastimes blossomed into a line of artist offerings sold to the public. Some of the items were linoleum-stenciled cards by Agathe, wooden candle holders by Maria, silver items and jewelry by Werner, tooled leather goods by Hedwig, ceramics by Johanna, and traditional hand-painted wooden items by Martina. Additionally, Rosmarie contributed through knitting and crocheting, Eleonore wove intricate designs from porcupine quills. Johannes made weavings on a loom built by one of his brother.

After touring, they maintained these artistic expressions for the rest of their lives, passing them down to continuing generations. 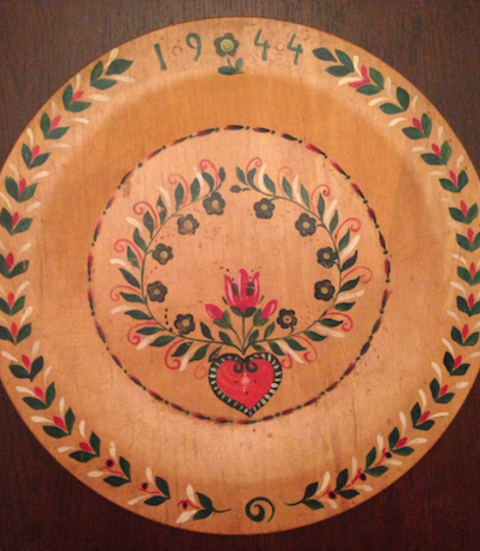 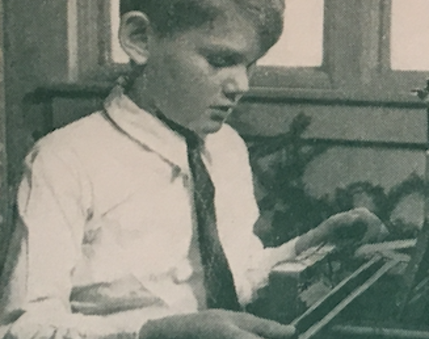 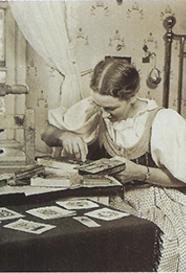 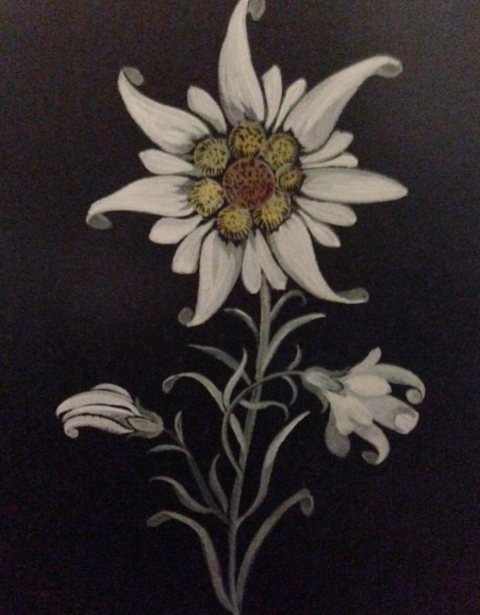 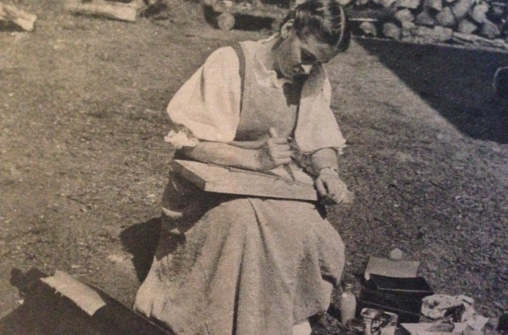 1984 Edelweiss by Johanna I von Trapp

​Johannes made weavings on a loom built by one of his brother.

Did you or someone you know purchase von Trapp art or handicrafts? Please let us know, we'd like photo catalog their work. 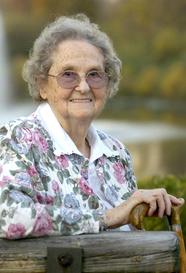 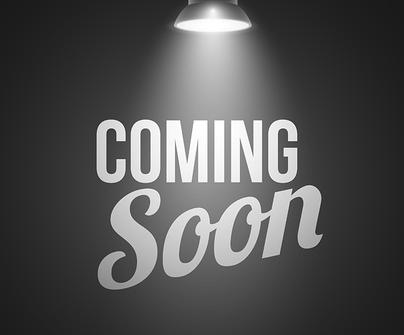 ​*After immigrating to the United States, Werner preferred to not to use his titles.

​​Explore the next generations of family artists, descended from the ten von Trapp children.

Art was a big part of Agathe's life from a young age. She enjoyed drawing, painting, and later making block-prints. Seeing this interest, her father afforded her water color lessons to train her talent. Later, during her years of touring with the Trapp Family Singers, her sketchbook was a steady companion. In her elder years, she took art courses at the Universities of Miami and Vermont. Wildflowers, animals, and landscapes were her favorite topics. She frequently exhibited and sold her work commercially. 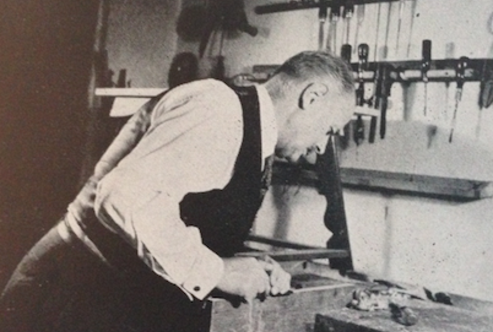 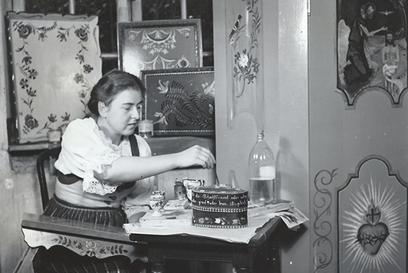 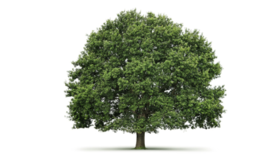